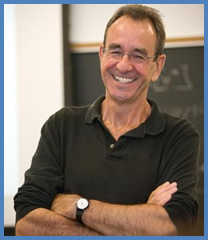 From Words To Grammar Scott Thornbury

This paper was presented at TESOL, Madrid 1995.

This exercise is only partially interesting, however, since it doesn't tell us why we should want to perform any of these operations in preference to any other. This is why we need to look at contexts:

Which of the above four sentences fits best into each of these "mini-contexts"? That is, which sentence fits into the missing sentence slot?

1. Two vehicles came round the corner at great speed, a lorry and a bus.
........
Miraculously, the animal was unhurt.

2. Kim's family has had bad luck with animals. His sister's cat was poisoned.
........
And the goldfish died of starvation.

4. For years they blamed the animal's death on the rubbish truck. They were wrong.
.......
One day the bus-driver confessed.

This is an attempt to show that the choice of what "grammar" to add to the basic propositions depends on context. The context dictates the order in which these propositions are to be presented. The grammar (the articles, tenses, use of passive vs active etc) is then "added" to make it clear what the internal relationships are in the sentence. "Grammar", then, is less something that simply is than something we do - a process, in other words. Hence the term "grammaticisation" (Rutherford 1987). Grammaticisation takes place at the interface between words and context.

It is also thought that "grammaticisation" is a useful way of describing the way language develops. Both first and second language development is a process of "adding grammar". A child's language goes through stages in which propositions are represented lexically, that is, without any grammaticisation, as in these examples:

- Daddy shoe
-Mummy work
- It is only later that these become "grammaticised" to
- That's Daddy's shoe.
- Mummy's working.

Second language acquisition seems to follow a similar route. We are all familiar with "de-grammaticised" utterances of this type:
No do homework.
Close window - too much noisy

It is only at a later stage that these "lexicalised" utterances are "syntaticalised" (to use Skehan's terms: Skehan 1994). In other words, the direction of both first and second language development is:
words > grammar

This developmental direction is not, however, reflected in most teaching materials. Traditional grammar practice tasks usually involve learners mapping new words on to an existing structure: "We start out with a target grammatical structure and we require our learners to manipulate this structure by changing the lexical items in some way" (Batstone 1994). That is:
grammar > words

"Why not, then, simply reverse the pattern? Instead of giving learners fully formed grammatical items, give them words instead, and get them to do the grammaticizing for themselves." (Batstone, ibid.)

What sort of activities are consistent with a "words-to-grammar" model?

Propositional clusters
That is, activities in which students have to add grammar to basic semantic propositions, as in the first exercise in this paper. Newspaper headlines are good for this, since they are, essentially, de-grammaticised sentences:
PM MEETS QUEEN = The Prime Minister has met the Queen.
BREAD STRIKE TALKS CALLED OFF = The talks about the bread strike have been called off.

Reconstruction tasks
That is, "adding the grammar" to whole texts that have been reduced to their basic propositions. For example:
1. Expand this headline into a full sentence. Can you predict the story?

2. Now, use the words (in the order given) to complete the text. There are three sentences. woman died acute allergic reaction two hours biting nut Indian take-away meal

Picture stories
This is not a new technique but it seems to have fallen from favour: students use a series of pictures with accompanying word prompts to tell a story - as in

Dictations
These are a form of reconstruction activity, since students have to "add the grammar" to the meaning carrying words that they pick out of the stream of speech. One form of dictation is siply to dictate the meaning-carrying words, as in a telegram:
SORRY CAN'T COME THURSDAY TOO BUSY PHONE
ME WEDNESDAY INSTEAD MOLLY
The students have to recast this as a fully formulated message.

Word poems
Many poems (especially twentieth century ones) are "de-grammaticised".
For example:

Ask students to recast the poem as a piece of prose. Alternatively, get them to turn a prose decription into "poetry" by taking out the grammar.

Appendix
ALLERGY KILLED WOMAN HOURS AFTER BITE OF NUT
A WOMAN died from an acute allergic reaction within two hours of biting a nut in an Indian take-away meal.
Mrs Louise S., 38, knew she was allergic to some nuts and went straight to hospital after realising that she had bitten one. She was admitted at 10pm and died at 11.45pm from acute anaphylaxis - an allergic reaction which can cause choking.
[Weekly Telegraph 12 January 1994]